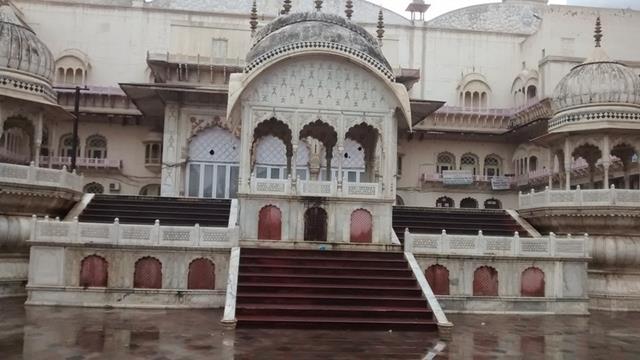 We went to visit Dadhikar Fort at Alwar over the weekend. It was a great experience, even though it rained most of the time due to the unseasonal rain due to some western disturbances. Since we were on outskirts of Alwar, we decided to pay a visit to nearby famous places, and Alwar City Palace came up when looking on tripadvisor. This is the story of my experience of that visit.

GPS guided us almost to the exact place. When we were about 200 m away, we asked for directions to the city palace. The person assumed we were asking for Sariska City Palace (which was about 29 kms from there!). When we clarified, he pointed us to a turn an asked us to park in the district court parking area. We entered the court parking area, enjoying the fact that our visit to the city palace would be smooth after all since there was no visitor in sight.

When we asked the parking boy which way to city palace, he was bemused and pointed us to enter the district collector’s office!

Only then we realized something that was so obvious: the city palace had been taken over by the government and being used as offices – and of course the primary occupant was the district collector of Alwar! No wonder so many wires were hanging around, and so many official notices and warnings on the city palace wall.

When we entered, we got lost trying to figure out which way to the palace because all the markings were for DC’s office. Finally we could reach the courtyard of the palace.

Yes, this is the courtyard! You can see the beautiful palace rooms in the background, but your eyes get attracted by the cricket match, the ugly coolers fitted on the wall, and the bikes parked along the other wall. There was some serious cricket going on, with a good batsman on the crease (Google thinks this video is not safe so you may have to disable safety mode):

The palace is very beautiful. 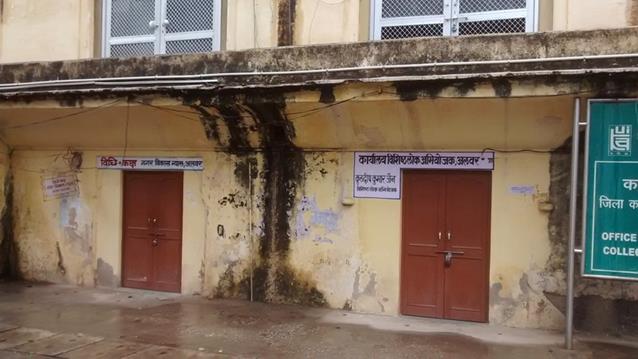 It left me shocked. How could we do this to such a historic monument? Then I realized something more tragic, and my heart sank: this was being done by the government machinery, in broad daylight. I wondered how the locals allowed such a thing to happen and I tried to google if there were any protests to this act. I couldn’t find anything, which was strange too! Of course, in the maze of these offices, I totally lost the interest to track down the museum that is supposed to be somewhere within the palace.

So what can I do about it? Not sure, but I do want to do something. This post is the first step towards it. My first draft of this post was a rant against the govt. but then I realized it can’t achieve anything, and hence I just put the pictures and the video. Thoughts on how to try and affect some change in this state are much appreciated.