While driving over the weekend on the crowded NH-24 near Indira Puram area, I was following the vehicles in front rather than looking at the status of the traffic light. Apparently, on one of the crossing, light turned red while I was crossing the intersection. Promptly I was stopped by a police (he didn’t have his name badge on so I couldn’t find out his name or designation). He informed me that I had jumped the red light and asked for my papers and license. Then he informed me that he has to keep my driving license which I can collect from some Ghaziabad court where I need to go to pay for the challan for red light jumping. When I offered to pay for the challan there and in cash, since it was hard for me to come from Greater Noida on a working day to the court, he said in UP that is not allowed. He mentioned this fact so many times during the conversation, and he seemed happy whenever he mentioned that! I walked up to his ‘sahab’, and on the way he repeated that I can’t pay in cash, and the fact that it is Rs. 100-300 fine which people come from Bihar and Bengal to pay and collect their license.

Finally, I paid him Rs. 100/- and walked away, angry at myself for having paid this guy rather than doing the right thing, and then trying to console myself that I was just trying to optimize for the value of my time. My daughter informed me that she would report me to Arvind Kejriwal!

I have heard this story before, in Gurgaon, that we don’t accept cash payments so you have to give your driving license and come pay for the challan. I haven’t had such an experience in Delhi, but in Hyderabad, I have had couple of experiences where I could pay in cash and get a proper receipt of the payment. So this rule of not accepting cash is not universal. I don’t know why some of these governments persist with such an arcane rule in this world of technology. I can think of couple of reasons why cash is not allowed:

And the reason some form of original document is kept is to ensure I indeed turn up and pay.

However, these problems have been solved in so many different ways by technology. Here are a few solutions from top of the mind:

Important question though is this: Who is supposed to fix this?? Are they listening, scouting for solution? How does one reach them? 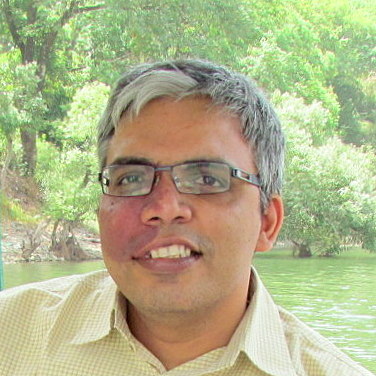